The head of Turkey’s Hizbullah Jemaah Edip Gümüş issued a statement on the 21st anniversary of martyrdom of Hüseyin Velioğlu, the founder and spiritual guide of the Jemaah. 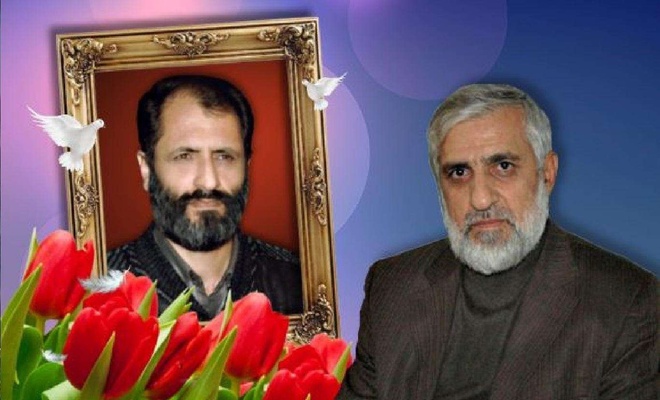 Drawing attention to the distinguished personality of Hüseyin Velioğlu, who was martyred in Istanbul 17th January 2000, Edib Gümüş said that Velioğlu made every self-sacrifice to foil the plots of imperialist powers in the region.

Edip Gümüş called on the rulers, politicians and scholars of the Islamic World to take responsibility for solving the problems of the Kurds living as part of the Ummah among the three great nations of the Ummah, the Turks, the Persian and the Arabs, without referring the issue to the imperialists.

Gümüş urged all believers, including men, women, young and old, especially scholars, intellectuals, politicians, leaders and community leaders of the Ummah, to fulfill their responsibilities to resist the attacks targeting Prophet Muhammed (PBUH).

Emphasizing the importance of the introduction of our Beloved Prophet (PBUH) to the western nations, Gümüş noted that a great responsibility falls on Muslims living in non-Muslim communities in this sense.

The full text of the statement is as follows:

Praise be to the Lord of the worlds. Peace and blessings be upon our Prophet Muhammed, who is the humanity's Guide to salvation and the Seal of the Prophets, his family, his companions and those who follow his path until the day of the Resurrection.

We commemorate our spiritual guide Hüseyin Velioğlu, who was martyred on 17th January 2000 on his path that he had taken with the desire for martyrdom with the goal of glorifying Islam and the cause of our Lord, on the 21st anniversary of his martyrdom with mercy and gratitude.

He left no material inheritance behind, like the Prophet that he took as an example. He made every self-sacrifice, showing his comrades the practice of how to foil the plots of the heathens in our geography. He left us a legacy of an Islamic thought based on the Sunnah (habitual practice) of the Prophet Muhammed (PBUH) that has ensured to act in an organized way with spirit of community and union on the way to practice Islam collectively. May Lord make us meet with him, along with all our brothers who were martyred, injured or expelled from their homeland while serving Islam.

When Our Lord calls to us in Holy Qur’an, He doesn’t say “O Arabs!”, “O Turks!” or, “O Farsi!”. In the contrary, He says “O believers”, “O Human beings,” and “O Children of Adam”. Therefore, He reminds us that we are all the children of Prophet Adam (PBUH). Allah describes us as a single Ummah despite our differences by saying in the Qur'an, “And indeed this, your ummah, is one ummah”.  It is the unity and togetherness that will resurrect the Ummah and restore it to its magnificent glory in the face of the infidels who attacks Muslims from all directions.

Everyone has a duty to make unity and togetherness happen. The rulers, politicians and scholars of the Ummah should take responsibility for solving the problems of the Kurds living as part of the Ummah among the three great nations of the ummah, the Turks, the Persian and the Arabs, without referring the issue to the imperialists. Kurds, led by sheiks and Islamic Scholars, have served as a strong castle in the protection of Islam throughout their history.

The destruction of this castle will not benefit any nations of the Ummah. There are two obvious examples of this in our history. All Muslims breathed a sigh of relief when Salahuddin Ayyubi drove the Crusaders out of the land of Islam. Again, in the first World War, when the imperialist armies were advancing rapidly and occupying everywhere, they were defeated by the harsh blows they received from Salahuddin’s descendants, the Kurds, and had to withdraw from these regions, so that all Muslims were relieved.

The way to leave the imperialists, who have ambitions to pit the Kurds against other Muslim nations, grumbling in the gizzard is for other Muslim nations to do their duties, to observe the law of brotherhood, not to exclude and torment the Kurds with racist policies. If those who are in the position to establish justice do not do so today, they will not be able to pay the price both before history and in the Hereafter. We are ready to do our best to give these oppressed people the rights that Allah has given them and to make all kinds of self-sacrifices for this purpose. Our desire is that this Muslim nation, who have done great services to Islam, should not see injustice from their brothers, that their generation should not be far from Islam, that the imperialists should not not given the opportunity to pit them against other Muslims nations.

Jerusalem and Masjid Al-Aqsa, occupied by a zionist gang of invaders called israel, will be liberated if we also act with Saladin's consciousness and diligence. Islamic countries should give all kinds of support to Muslims and Islamic resistance groups who are actually fighting against the occupation. Parliaments of Islamic countries should pass laws criminalizing the so-called ‘normalization’ treason agreement.

Even if you can do nothing for our brothers who live under occupation and in the areas of intense conflict, such as Syria, Kashmir, Yemen, support them with your prayers. React to the unbelievers, the wrongdoers, and the hypocrites with your curse.

In addition to the attacks on Muslims, there have recently been despicable attacks directly on Islam and its Beloved Prophet. All believers, including men, women, young and old, especially scholars, intellectuals, politicians, leaders and community leaders of the Ummah, must fulfill their responsibilities to resist these attacks. We call on everybody to resist collectively these despicable attacks in accordance with their abilities and circumstances. The Ummah should at least be able to come together to resist attacks on their Prophet.

Like the companions of our Prophet Muhammed (PBUH), who made their bodies a shield for His blessed body in order to protect His life, it is the first responsibility of all believers to be a bulwark against the attacks targeting Him at all costs. Being united around Prophet Muhammad (PBUH) is the strongest cement of the unity of the Islamic Ummah.

One of the greatest works to be done is to introduce Our Beloved Prophet, who was sent as mercy and gospel of salvation for all humanity, to the Western nations that have been misinformed by Zionist and imperialist enemies of Islam. In this sense, a great responsibility falls on our brothers and sisters living in non-Muslim communities abroad.

O my brothers who live in non-Muslim communities!

Your deeds, morality, honesty, sensitivity to halal and haram, and your relations within the Islamic circle should be instrumental in people's coming to Islam. We must not forget the fact that we have a responsibility to introduce Islam to all humanity. We must show our Islamic personality in our practices, rather than our words, and reveal the Muslim identity that Islam has given us, with consistency in our morals and worship, honesty in our human relations and trade. (ILKHA) 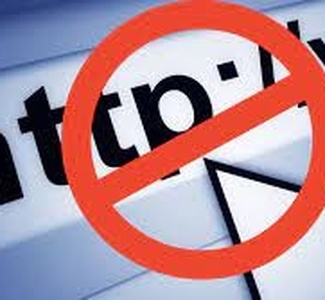 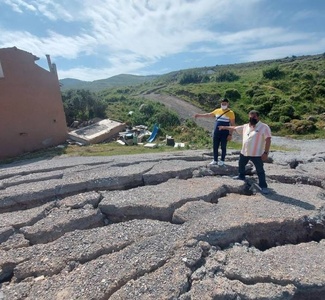 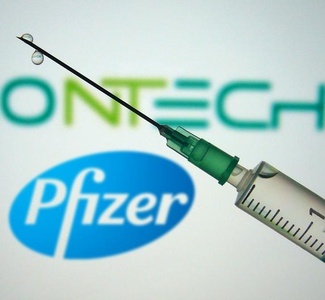 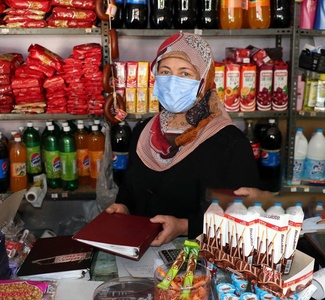 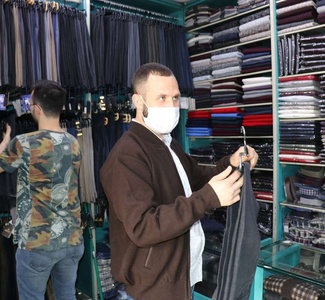 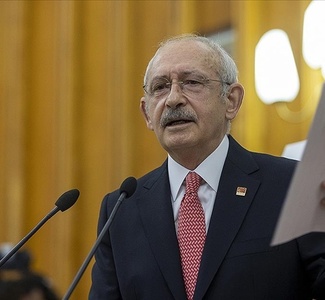 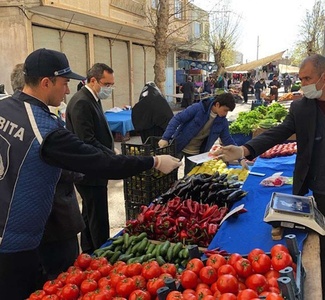 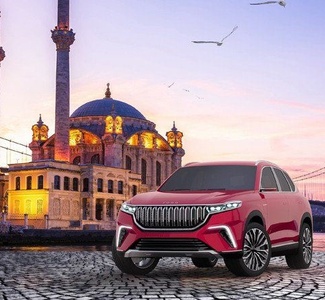 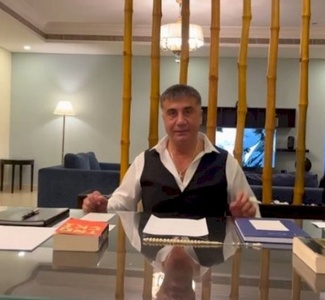 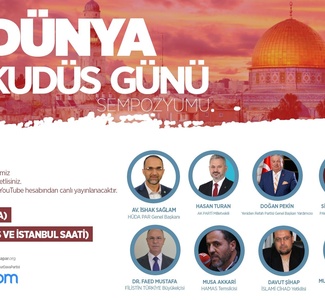